I am a city girl. I have known that ever since I lived in Lyon, France for my junior year abroad. When I returned to California, I dreamt of going to live in another city and was fortunate enough to land in Paris. I am extremely fortunate to call two cities my home. In Florence, I live in the heart of the city, but in France my beau and I live just outside of Paris. Its incredibly close and it only takes me 20 minutes on the métro to get to the center of town. But for me there is something about going to sleep in the city and waking up to it that I truly miss. 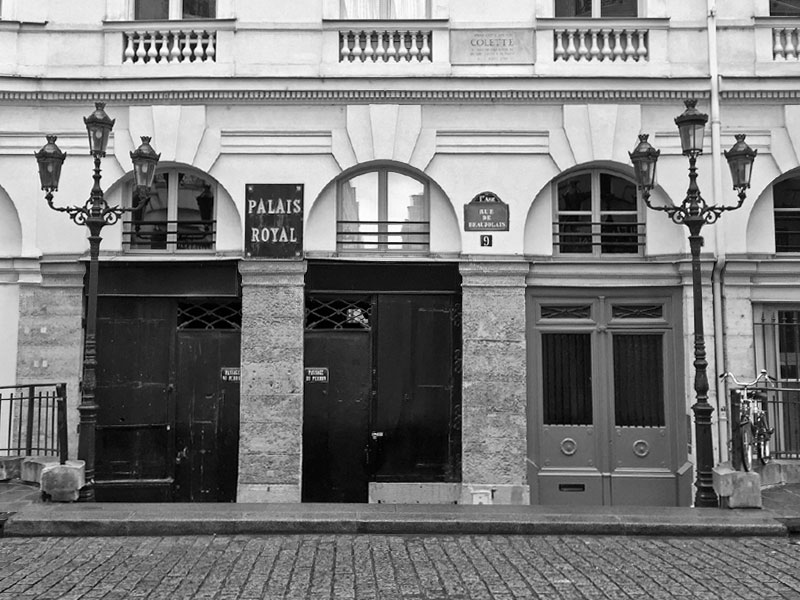 To remedy that, we sometimes stay in Paris for the weekend. I usually like to be near the Eiffel Tower so I can run in the Champ de Mars, but I do love the Ile-Saint-Louis because I love being in the middle of the city surrounded by water. This time, I chose a different area so that we could be near the Jardin des Tuileries.

When Im in Paris, I love to eat out. For our weekend jaunt in Paris, I reserved two restaurants: one for lunch and one for brunch. I had to do some research and remove all the restaurants that are closed on the weekend (which is more than you can imagine). In the end, we had lunch at a new fusion restaurant that just opened up called UMA. As luck would have it, it was just around the corner from our hotel, which was amazingly convenient.

For the first time, we had a tea pairing with our meal. We were so taken by the tea that we decided to walk for over a half hour in the rain to Place Monge and go to La Maison des Trois Thés for a dégustation (tasting). Even though we arrived drenched, it was well worth it. We didnt reserve a table and initially were just going to leave. We ended up talking to the owner who after about a half an hour decided to offer us a table.

We sat near the wooden counter with the tin containers of tea displayed beautifully on the wall while we each enjoyed a millésime (vintage) tea. Mine was from 1992 while my beau's was from 1995. We were instructed how to drink it using the porcelain pots and infusing it only 20 seconds. Honestly, it was the best tea I ever had. I love salons de thé (tea salons), but this place not only had a wonderful ambiance, but also had a wide selection of teas that were all known only by their Chinese names.

That evening we were treated to some of the most spectacular views of Paris. The lighting was perfect and the streets were virtually empty. It was a delight to stroll along the quais (quays) and breathe in the city.

The next morning, we went for a run in the Jardin des Tuileries. I havent been running in the garden since the last time I rented an apartment nearby a couple of years ago. I forgot just how many people run in Paris and was delighted to see that so many were out enjoying the quiet time to take in the gardens. Afterwards we hopped in the spa hotels pool. I dont think I had ever swum in Paris before and I honestly felt a wave of joy come over me as I waded in the pool.

I reserved a brunch for us at Le First restaurant. I generally dislike buffets, but a friend told me that I wouldnt be disappointed. When we arrived, the host told us that he didnt have our reservation. We were supposed to be there at 2pm, but I had a feeling something odd was going to happen so we arrived a half hour earlier. As luck would have it, they gave us the only empty table in the restaurant. We were regaled with amazing food and drink.

Afterwards, we walked in the Marais to check out the last of the soldes (sales) and then walked through the Palais Royal (pictured here). I don't need much to enjoy myself: walking around Paris with my beau brings me immense joy.

I was almost sad to take the métro to return home, but I had enjoyed my time in Paris immensely. I also wanted to soak the city up before taking off for Florence. It was a delight to live and breathe the city for the weekend because it felt as if I was able to truly plug into it and be nourished by it. I was fortunate as well to take a few photos and post them on Instagram. Its always a joy for me to look at them and remember those lovely moments.