My upbringing has probably made my being an expat a little less challenging than for others. My parents were of two different (and opposing) races: my mother was Chinese and my father was Italian. As a result, I have never felt as if I really fit in anywhere and have always felt like the odd-one-out. I was brought up in my Chinese family so I was used to being different and never felt as if I fully belonged even though I did. 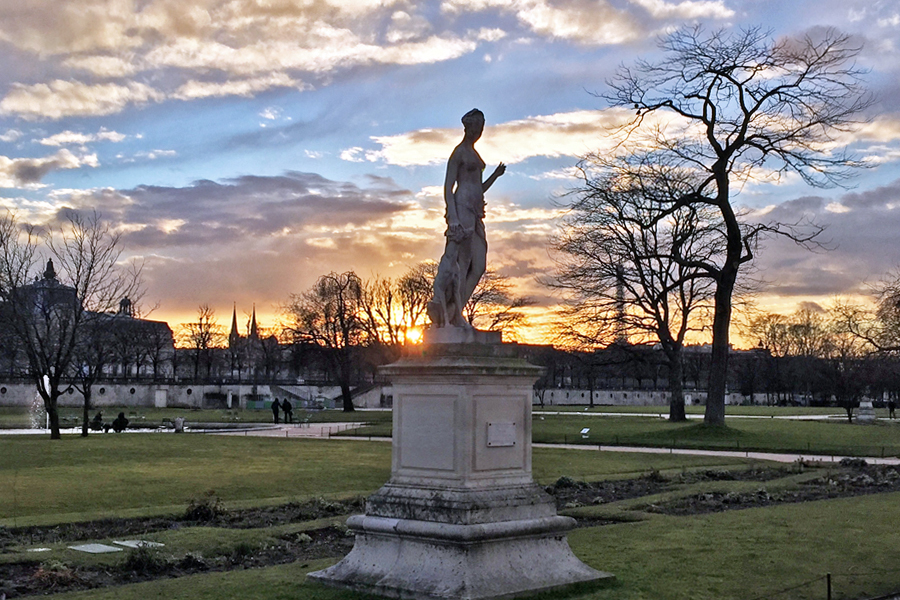 When I was in high school I met kids who were like me, half Asian and half Caucasian. I thought that I had finally found my people, but in the end we had little in common. Our childhoods were different because their parents were together and they were able to embrace both sides while I was left only knowing one side of my family and practically ignoring the other side. Throughout most of my life, my friends were usually Asian because I had more in common with them.

It might have been that feeling of not fitting in that pushed me to live somewhere completely foreign (France and Italy) where I wouldnt fit in by default so I could finally embrace my uniqueness. I thought that I would stick out at first, but eventually maybe I would fit in. Could I fit in to a new place without having born there?

I initially felt as if I didnt fit in, but slowly I felt as if I belonged in my new home. My American culture instilled me with the idea that it was better to fit in than it was to stick out. However, when I arrived in Florence, I felt more accepted because no one pushed me to fit in. Almost everyone I encountered thought of the US as the melting pot. In the US, I was always considered half-Chinese and half-Italian and in France and Italy I was considered American with mixed origins. For the Europeans, I was normal because they thought everyone in the US has mixed origins.

For me, being a well-adjusted and integrated expat is a balancing act of fitting in and sticking out. Just like my childhood, I am a part of the world around me and yet I am not. I am happy to not fully belong to one place or to one culture. In the end my people are all people without borders regardless of background, language, or culture.

I notice this balancing act even more now that I travel from one of my home cities to the other every couple of weeks. I have to unplug from one place and plug into the other. Not just the physical location, but also the language, culture, and lifestyle. The shifts might seem slight, but they are definitely necessary. Every time I pull out my Italian carta didentità (identity card), which states that I was born in the US and yet am also Italian, I am reminded that I am and always will be a foreigner and a local concurrently.