When I arrived in Florence, I dropped my bag off in my apartment and rushed outside to embrace my beloved city. I walked briskly along the Arno with no destination in mind. I headed toward the Ponte Vecchio and let my inspiration guide me to where to go next. People were strolling along the narrow lungarno in both directions. It was impossible to stay on the sidewalk so I stepped onto the street when I heard that there werent any cars coming. 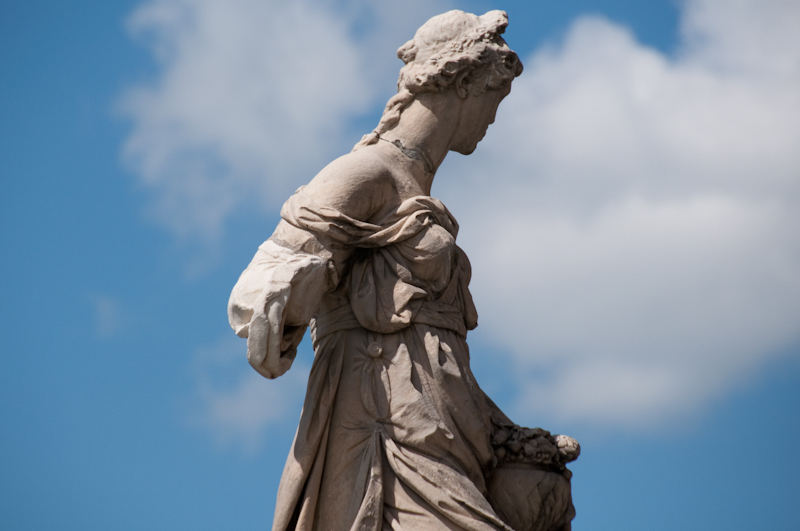 I turned down via de Tornabuoni so that I was really in the thick of it. The streets were so crowded that it felt as if people were coming at me from all directions. The ebb and flow of tourists in Florence can be so drastic at times. Every year, however, its the same during Easter weekend. In just one day, the amount of people in Florence increases exponentially.

While I was in Florence this time, I felt as if I were in a dream. I couldnt that I was already back home even though my time away was about the same. For some reason, I felt so ungrounded when I arrived that I needed to spend more time walking along the stone streets and breathing in the sweet, spring air to truly feel as if I was really in Florence.

My time in Florence went by so quickly. Ten days at home felt like a blink of the eye. I spent most of my time outside enjoying the city and seeing my friends. On the colder days, I stayed in and when the sun was out, I traipsed around town. Now that I'm back in France and the weather is warm

Its almost unbelievable that after spending an hour and a half on a plane, I am in a completely different world. It can be a bit destabilizing for me at times because the switch is almost too quick. Everything in Florence that I was experiencing was different: the environment, the weather, the people I was in contact with, and the language I was speaking have all changed within such a short amount of time. Its as if Ive left behind one world only to enter an entirely new one.

At times, I feel as if I am living two separate lives: one in Florence and one in Paris. In Florence, I get to reflect, pause, and be present more while in Paris, I live a more structured life, produce more, and propel myself a little bit into the future. It truly feels like Im shifting gears at times. In Florence, I get to coast in second gear and shift up to third when the time is right while in Paris Im in fourth gear revving up so I can go to fifth.

So, now that I'm back in France, it's time to move forward. I received so much inspiration in Florence that is fueling the fire under my project's wings.