As 2019 is about to begin, I feel an excitement and a lightness that I havent felt in quite a while. Its not a feeling that comes and goes; its a feeling that is solid within me. I experienced some upheaval these past few years, which initially I thought was a curse, but now have come to realize that it was a blessing. If someone would have told me that my entire life would be turned upside down, everything and everyone removed from it, and that I would rebuild a more solid life based in love, I wouldnt have believed them. But it happened. 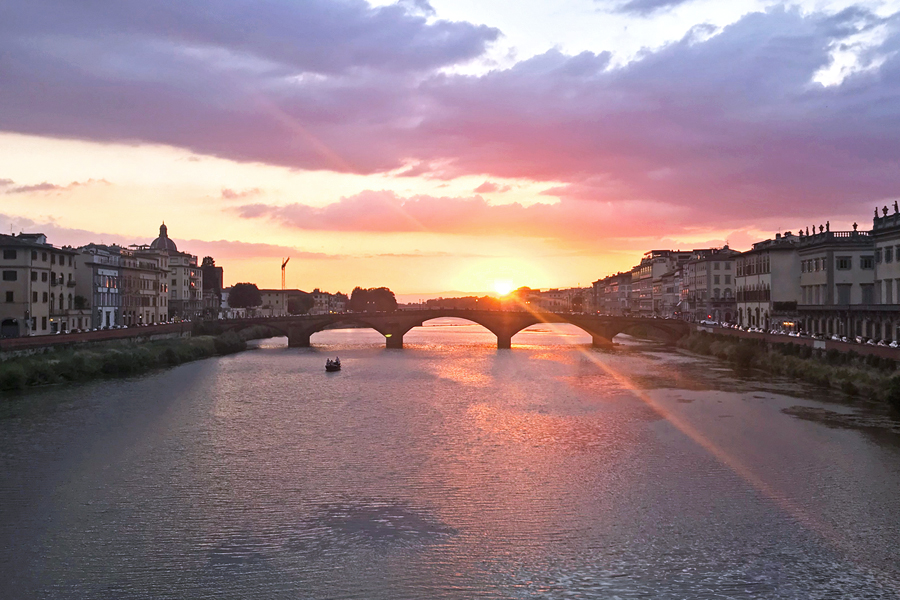 For the past few years, I have been quite reclusive. I felt a strong need to take care of myself and didnt want to expend any energy doing anything that didnt feel good. I wrote for myself instead of writing for my blogs. While I was traveling to Paris every to weeks for work in 2015, I began to wonder if I was a hamster on a hamster wheel. Was I making the wheel turn or was the wheel turning me? The life I had wasnt the one I wanted and the Universe stepped in and gave me a chance to get me back on track.

At the beginning of 2015, I felt an urgency to complete a couple of my writing projects. I focused on them when I could, but since I was working full-time, I blamed my job for being in the way of my achieving my dreams. Little did I know that the Universe understood my deepest desire and would eventually remove all the obstacles hindering me. During the summer of 2015, my body gave out. Its the only way I can describe how I went from being energetic to being completely exhausted for a few weeks while I was visiting family in California. After returning from that trip to Paris, I informed my boss that I didnt want to travel back and forth as much since all my work could be done remotely. At the beginning of 2016, my boss called to tell me that my contract ended. It was a mixed blessing: I was happy because I could finally focus on my writing, but I was also worried because I didnt know if I was really ready. The initial pressure was paralyzing.

After I recovered from the shock of no longer working, I felt as if I had been thrust into a tunnel without seeing the light at the end of it. It was odd to not work for anyone. I had been working since I was in high school and was a freelancer for twenty years. I began to move forward even though I had no idea where I was going or if there was even a light at the end of the tunnel. Sometimes I ran, hoping to get to the end quicker, and other times, I stopped. I wondered a lot about what I was supposed to be doing. Without any feedback, I meandered for a little bit. Maybe I was supposed to move somewhere else. Maybe I was supposed to get another job. All I had were questions, which became fears, and had no answers.

Luckily, I continued running and basking in my beloved city as much as I could. While I was walking around Florence, watching sunrises and sunsets, or running, I began to receive messages. Gentle words that filled me with hope and love. I was guided to fill up my heart with love, to listen to my body more, to read numerous books, to meditate, to do yoga, to begin a couple of new projects, and to open myself up to learning about a variety of interesting subjects.

Sometimes when I stood outside to watch the sunset, my eyes flooded with tears. Reluctantly, I allowed them to make their way down my cheeks. I knew that my body needed to release as much pain and sorrow as it could. I figured out that I wasnt as happy as I thought I was. It was an odd realization because I couldnt put my finger on any one thing that was the cause of my unhappiness. When I was quiet, a few causes came to mind. I thought I made peace with all of the losses I had experienced, but obviously I didnt. Slapping a smile on my face and putting one foot in front of the other didnt necessarily mean that everything was fine. My body knew what my mind had been avoiding: the stack of losses had become too heavy for me to carry. I didnt know how to let them go, but felt drawn to watch sunsets every day. I slowly understood that releasing these losses allowed me to accept them, appreciate them, and find the beauty in them.

Every time I returned home from watching a sunset, my heart would be overflowing with love. I felt lighter and rejuvenated. I took great pleasure in taking photos of the sunsets because it was so amazing to experience so much beauty. It wasnt just the actual scenery I was looking at, but also the colors all around me, the clouds in the sky, the reflections on the water, and the overall feeling of love that would come over me. It was as if beauty was entering into my heart and emanating throughout my body and mind. Watching the sunset became the highlight of my day. I couldnt wait to go out the next day and see what Mother Nature would share with me. I began to understand that the beauty I experienced was unique every single day. I could go to the same spot every single day and be amazed by the beauty surrounding me. No two sunsets were ever alike.

While writing has always been incredibly important for me, photography became almost vital for me during this period. It was a way for me to take the time to immerse myself in beauty, search for more beauty to experience, and appreciate it fully. I began walking through different parks and taking photos of the flowers and trees that attracted me. I began to feel my body fill up with immense joy and love. It was humbling to be surrounded by so much beauty. It was a great revelation to find out that to feel love, all I had to do was open myself up to it. It was never out of reach; it was always right in front of me.

As I sit in my apartment enjoying my view of Florence while I write this blog post, I am excited about what this next year will bring. While the past few years were challenging, I am so grateful for everything I learned. It was a gift to release that which needed to be released. I now have a lighter heart that is able to embrace more love and joy around me. No matter what happens in my life, I know that the Universe is always nudging me toward becoming more true to myself, opening my heart even more, and reveling in the beauty and love that surrounds me.