Along with millions all over the world, I looked at the photos from Friday nights horrific attacks in Paris and was stunned. In my mind, it was inconceivable to have such a thing happen in a city that I not only live in, but also know and love. Because I had been away from Paris for two months, I made plans with my beau to enjoy a day in Paris. I never imagined that it might not happen. When I was on the plane just a few days ago, I had visions of me traipsing all over town and going to all my favorite spots. Unfortunately, Friday nights events in Paris shook us to our core and our plans to visit Paris didnt sound reasonable. 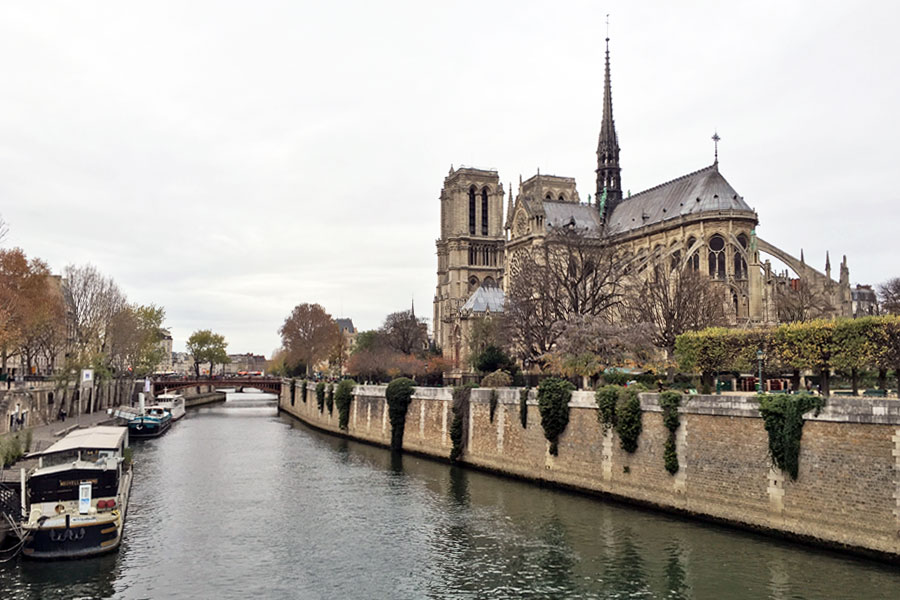 We watched the news late into the night. Everything we saw and heard on the TV was chilling and honestly just horrific. The French president even called it an act of war and we were told to stay home if possible.

On Saturday morning, I got ready to go to Paris nonetheless. My beau was a little concerned about walking around Paris, but I told him that we had to go. It wasnt that I wanted to enjoy my day off in Paris, but I didnt want these individuals to succeed in instilling fear in us and to make us feel unsafe in Paris. I felt motivated by one of Virginia Woolfs quotes that came to me, You cannot find peace by avoiding life.

We hopped on the métro and were happily surprised not to be alone. The other passengers were a good mix of Parisians and tourists. I was mostly surprised how quiet it seemed in the train. Most of the people either werent talking or talking in hushed voices. I did notice how we all seemed to look at each other on the train in a peculiar way that I wasnt used to. It seemed as if we were sizing each other up. In my mind, the thought are you a threat came to me a few times when I looked at certain people.

We got off at the Hôtel de Ville where I expected to see military and civil policemen/women patrolling the streets, but there werent any. The BHV (a department store) was closed, which was surprising for a Saturday. There werent many people walking down the rue de Rivoli and only a handful of cars passing by.

We walked over the Seine and toward Notre Dame. All the tourist shops were open as usual, which made us feel as if nothing was different. We quickly made our way down the street dodging many tourists so that we could visit Notre Dame for a few minutes before lunch. The doors were closed and a sign confirmed that all the services were cancelled due to the recent events. Many people still stood in front of the church to take photos. I was hoping to light a candle and pray for peace in Notre Dame, but Ill have to do it another day.

We enjoyed our lunch and tried not to talk about what happened Friday night. Other tourists sat at tables near us who were visiting Paris (one couple from Amiens and a French family from out of Paris) didnt discuss it at all. An Italian couple came in before we left, but didnt seem too affected by the previous nights events. The man talked to someone on the phone in Italian and said that they were outside walking around Paris because it seemed OK.

After lunch, we walked through the gardens alongside Notre Dame and stood on the Pont de lArchevêché, which is the bridge whose railing is covered with love locks. Its the view of Notre Dame that I love the best (which is the photo here). It was surprising to see that no one was walking along the Seines embankment and no boat was traveling along the Seine either.

We headed the Quartier Latin and strolled along the Seine where only half the bouquinistes were open. I was looking forward to checking out the new café that Shakespeare & Company recently opened, but unfortunately when we arrived in front we saw another sign stating that it was closed for the day.

With my imaginary itinerary in mind, I convinced my beau that we go for a walk along the Seine and then back up to the rue de Rivoli to see what was open. Most of the stores were open although a few were not. We walked all the way to the Louvre (which was also closed) where we navigated the courtyard to reach the Tuileries Garden. I was surprised to see that the jardin (garden) was closed. I dont think Ive ever seen it closed during the day before. 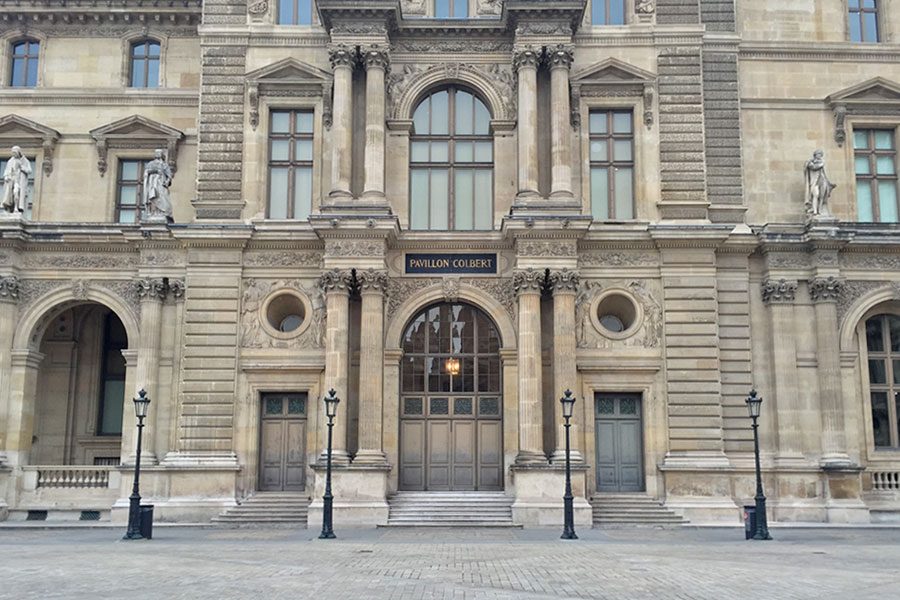 On our way home on the métro, I browsed my photos and was happy that we walked around Paris all day Saturday. Everything in Paris seemed slightly quieter than usual, but people didnt appear fearful or worried. It was important for me to visit Paris. For me, it was a sign that love will prevail and that Paris is and always will be the Ville lumière (City of Light). May Paris continue being a beacon of peace, love, and light.