When I went to my company's office just outside Paris on Monday, everybody brought up Fridays tragic events. One colleague recounted anecdotes of friends who were at the Bataclan and miraculously escaped while another colleague told us that he often ate at one of the restaurants that was targeted. I suddenly felt as if the world was incredibly small. Almost too small for my comfort. I dont personally know anyone who was affected, but in the end we were all affected no matter where we were. The attacks hurt us all. Some people were physically hurt, but the rest of us were emotionally and psychologically hurt. 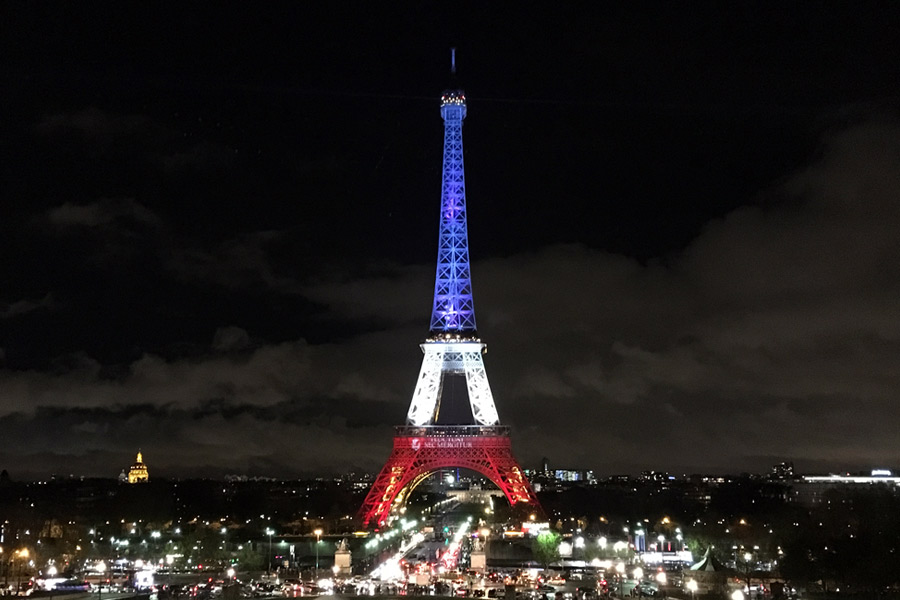 Even though we visited Paris on Saturday, we didnt enjoy it as much as we had hoped. Something was off. It wasnt just because the city was quieter than usual, but it was because Pariss energy just seemed weaker than usual. It felt almost as if its light had gone out.

While we all want to get back to a normal life, we are still left with an underlying sense of worry that has settled in our minds and a deep sadness that has invaded our hearts. We arent just sad about what happened in Paris, but also about what our world has become. No matter how much we wish for normalcy to return, recurring questions surface in our heads: Will something like this happen again? Will I, or someone I know, be hurt? Will the government succeed in stopping something bad from happening? Will I ever really be safe here in Paris or elsewhere in the world?

Personally, I am trying to erase the worry that has left its mark on me. All I am trying to do really is not just enjoy life, but also appreciate it more. Not just the big moments, but the smaller ones, like admiring the clouds as they float by, the sweet odors wafting out of a bakery, the colorful flowers in the gardens, and the church bells ringing on the hour.

On Tuesday, the night before I returned to Florence, I only had one thing on my mind and that was to see the Eiffel Tower. I saw a photo of it lit up in blue, white, and red on Twitter on Monday night, but I really wanted to delight in it myself.

After work, my beau drove us through heavy traffic and rain to the Trocadéro in the 16th arrondissement across the Seine from the Eiffel Tower. After finding a parking spot nearby, we walked around the square where people were dining in restaurants and drinking on terraces. It was comforting to see Parisians and tourists outside and partaking in daily life.

Even though it was sprinkling, hundreds had gathered to admire and take photos of the Eiffel Tower from the Palais de Chaillot. On Saturday, the Eiffel Towers lights were turned off as a sign of mourning. And Monday they Eiffel Tower illuminated the sky with the colors of the French flag. I wonder if it was done to remind us of Frances motto: liberté, égalité, fraternité (liberty, equality, fraternity).

After taking a few photos of the Eiffel Tower, my beau and I stood there taking it all in. Not just the Eiffel Tower, but also the people who stood in the rain to admire the beauty that was created after such a tragedy. We will probably never forget those dreadful events last Friday, but I hope that we will try to just cling onto hope so that we can eventually create a kinder and more loving world. Like Mahatma Gandhi said, Be the change you want to see in the world.