In my last blog post, I mentioned my five-year hiatus. Its a term I use to describe the time I spent in California after being an expat in France, England, and Italy for a total of ten years. I packed up all my belongings and moved back to the US a week after my mother called to tell me she was diagnosed with cancer. Ever since I made the decision to live overseas, I had always known that I would only ever move back to California to take care of my mom if she ever needed it. Nothing could have ever prevented me from being at my moms side. 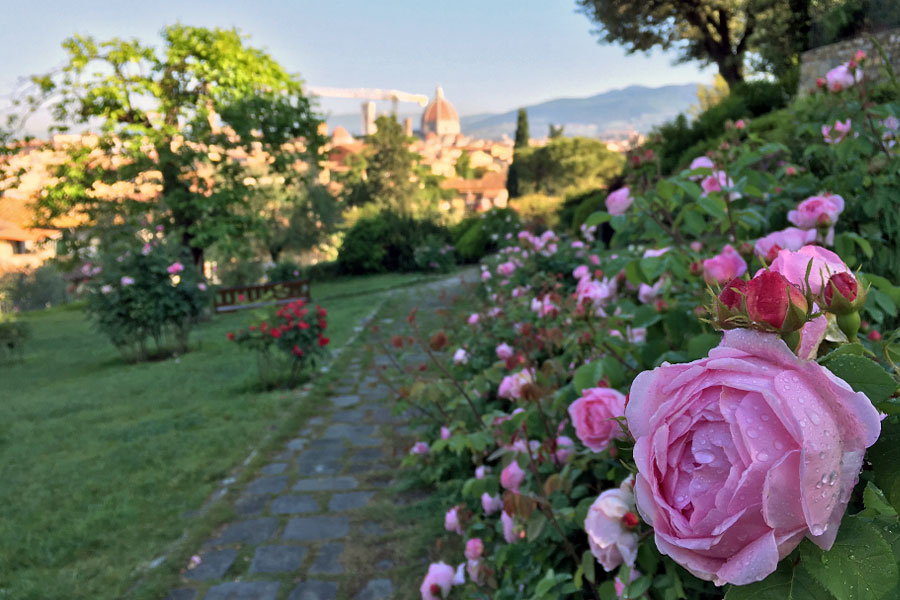 That telephone call came toward the end of August when I was looking forward for the year to begin again in September. That year hadnt started out well for me: I broke my leg rollerblading in the Parco delle Cascine in Florence, my boyfriend of almost two years broke up with me in that same park right after we watched the eclipse together, and my apartment was burglarized. But once my mother called me that night, all of that became insignificant.

Upon returning to the US, I became my mothers caretaker. I drove her around to all of her appointments, made sure she had everything she needed, and saw to it that she did what the doctors suggested. I tried to maintain my optimism throughout even though a few people kept telling me to face the facts. Her doctors called victory a couple of times, but eventually they called defeat. Less than two years later, my mother passed away. Its a day that has been etched in my memory forever. A day on which my entire life pivots: it marks the end of my life with her and the beginning of my life without her.

A few months after my mothers passing, I went to visit my father at his home in Oregon for a couple of days. Even though I had never been close to my father, I felt hopeful that maybe we could finally build a relationship. On the day I was returning to California, he found out he had cancer. Here we go again, I thought to myself. We talked more in his final two years than we did my entire life. After going through what I did with my mom, I still chose to go to Oregon to be with him for a couple of months before he passed away. I knew it was going to be emotionally painful for me, but I didnt care. When you love someone, you do what has to be done.

After four years of being on a slow-moving Ferris wheel of hope and doom, all I could think about was returning to Florence. Whenever I was sad, I pictured myself back in Florence, which I considered my happy place. I was fortunate that my two-year stint in Florence instilled a sense of belonging that I had never felt before. I call Florence my home because I feel a strong connection to the city, not just because I live here. My beloved city was my guiding light throughout those five years.

When I finally returned to Florence in 2004, I felt as if my roots had been ripped out of the ground and were just waiting to be planted in a new home. I started my Living in Florence blog. My blogs title is simple and probably not catchy enough for some, but the title is significant to me. After experiencing multiple losses in such a relatively short amount of time, my true desire was to just live life. The day my mother took her last breath, I had been holding my breath. It wasnt until I returned to Florence that I finally felt I could breathe again and heal my heart. In my blog, I wanted to be more present in life and appreciate every day. My return to Florence in essence was about my coming back to life and my coming back to me.

When I hit a wall last year after going to and from Paris, all I wanted to do was stop traveling and move back to Florence permanently. My beloved citys beauty and energy are able to uplift my heart and soul. Florence holds a space for me so that I can more easily drop down into my heart, listen to it more clearly, and know my truth.

Regardless of how much I miss my parents, I am grateful for my five-year hiatus because it has opened the door for me to fully experience my emotions, speak and act with sincerity, and appreciate life to its fullest. I would never have wanted to be catapulted into these experiences, but I know they helped me to discover whats important in my life: my loved ones, my heart, and my ability to love.