Every now and again the debate about whether expats are immigrants comes up. While I am not fond of labels, I do recognize their usefulness at times and am also aware however that they can be quite limiting. The difference between an immigrant and an expatriate is that the former lives permanently overseas while the latter does not. In my mind, expats are immigrants with options: they have the option not only to decide where they live and how long they stay, but also if they want to return to their native lands. Immigrants, on the other hand, rarely return to their native countries. My great-grandfather arrived in the US from China while my Italian grandparents arrived as children. None of my ancestors returned to their homelands and considered the US their home. That is what immigrants do: they make their new country their home and thats exactly what expats should do as well. Even if you are in a location only temporarily, you have to treat it as if it is your home. 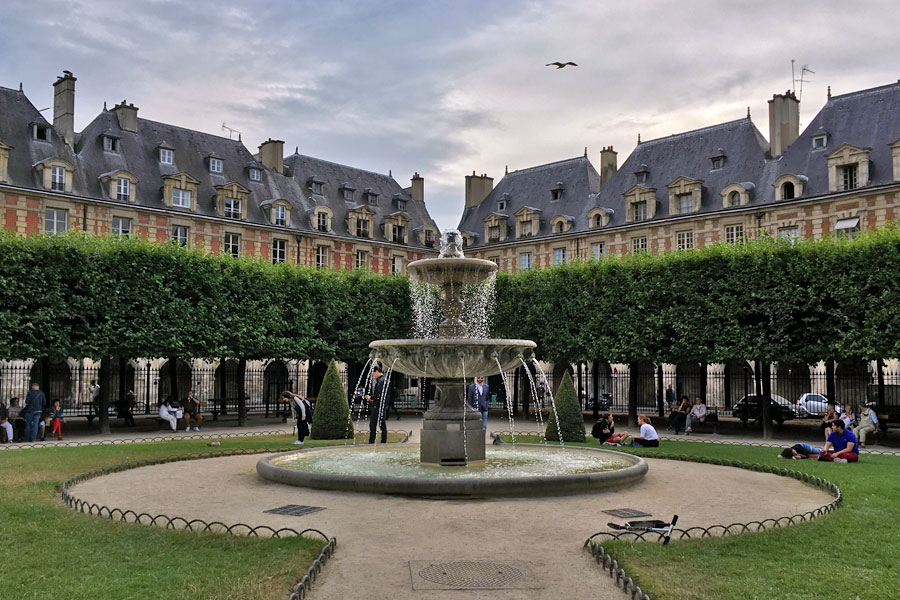 While spending my Junior year abroad in Lyon, France, I had a taste of what living overseas was like. While the year was filled with great challenges and some hardship, the rewards were innumerable. At the end of the school year, I was so determined to stay in Lyon that I got a job waitressing over the summer vacation.

After spending a year in France, I was convinced that I wanted to live overseas. I enjoyed learning something new almost every day. If it wasnt a word or an expression, it was something pertaining to the culture, the cuisine, the city where I was living, or the local customs. It was invigorating to keep expanding my knowledge and my experience of life in France. I basked in the differences and found joy in discovering new things to like.

I returned to France a few months after graduating college. I found a job in Paris and remained there for five years. Subsequently, I moved to England for a couple of years. During that time, I realized it was my attitude and my perspective on the location that defined my experience. I thought I was going to miss my life in France, but I ended up creating an enjoyable life in England, which was very different from the one I had in Paris. At the beginning of my time in England, I made a choice to not compare France and England because I knew that each one had qualities I truly appreciated and others that I just had to accept.

I then decided to come to Florence for a few months, but felt so at home here after just a few days that I moved here permanently. I didnt fall in love with Florence immediately though. After having lived in two rather touristy locations, the last thing I wanted was to live in another one. It wasnt the tourists that bothered me, it was that I was often mistaken for a tourist and therefore felt even more like an outsider. I knew that it would be more challenging to integrate when people assume that you are only living in the location short-term.

After spending most of my adult life overseas, I realize that living overseas has stretched me more than I thought was possible and it has made me truly question who I am, how I view the world, what I like and dislike, and how I want to live my life. I have not become French, English, or Italian while living in these countries; however, each one has added to who I am. My culture is no longer American; my culture is a mix of cultures thanks to my experiences of life overseas. I appreciate that each culture has its unique qualities that distinguish it from another.

Even though people define me as an expat, I consider myself more of an immigrant because I choose to live in Florence permanently. However, the term expat is more accurate because I do have the option to return to my native country or even to move to another country if I so desire.

My ancestors taught me about how to juggle my personal culture and the local culture by maintaining my language and certain aspects of my way of life while also integrating with the locals, speaking their language, being open to the world around me, accepting the locals as they are, and appreciating all that I can about my new home.

Whenever I meet expats who rattle off a list of stereotypes about the locals and proceed to validate each one with a specific experience, I want to tell them that theres another way to live overseas. The expats job is not to come up with and validate a list of stereotypes to define the locals, but rather to break away from those stereotypes so you can have your own experiences and truly get to know the country, the culture, and especially the locals.

My wish for every expat is that you enhance your ability to see the beauty in every person, every place, and everything around you. Its not a favor youre doing your new home; its a favor youre doing yourself. Living overseas is not just spending more time in a foreign country, its spending more time staying open to new people, ideas, and experiences.