I dont think about Florence when I am in Paris and I dont think about Paris when Im in Florence. I try to always be as present as possible wherever I am. I feel more alive when I use my senses to embrace and enjoy my surroundings as well as the local culture and language. When I am having coffee with a friend, I like to be connected to her for the time we share together. I dont want to be thinking about someone else or about what Ill be doing afterwards. I want to be fully present with her so that I can fully enjoy the moments we share. The same goes for wherever I am, whether it is Florence, Paris, or some other city. I want to create a connection and forge a bond between the city and me. 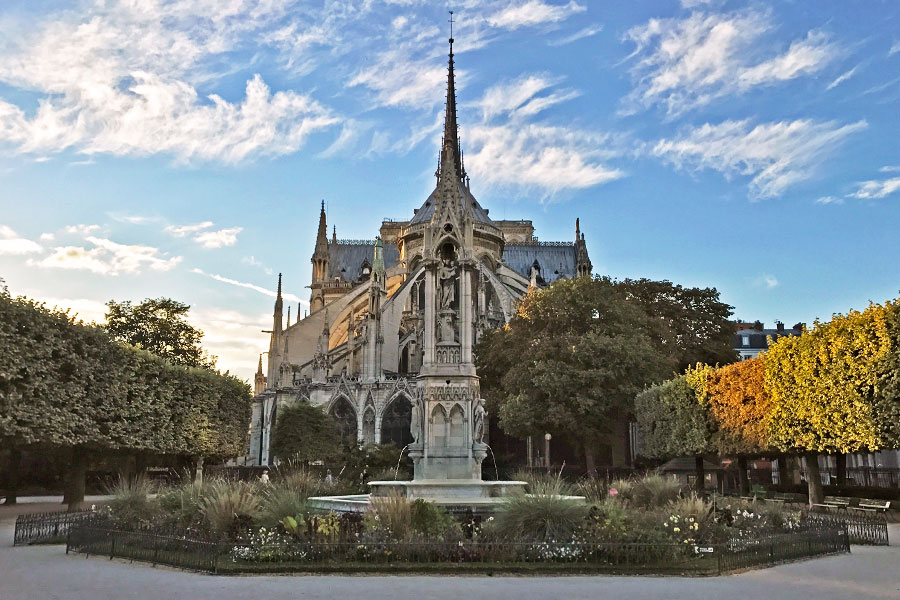 Sometimes when Im walking down the street in Paris or navigating my way through the narrow halls of the métro station, I feel as if I have always been in Paris. A strong sense of familiarity comes over me. I feel almost as if I have only ever lived in Paris and that no other place exists. I know that I do the same when Im in Florence because sometimes I cant believe I live there and yet it too is so familiar and normal for me now.

In Paris, I am fully immersed in French: everything I hear, read, think about, and say is in French. For me, being immersed in the language is also a way of being completely engaged in the place where I am. Its my way of connecting to it on multiple levels. I dont just connect because I am in a place physically, but because I dive into the language, culture and customs too.

I didnt think I would miss Paris much after being away for only nine months, but I did. Ever since I returned to Florence last November, I chose not to make any plans to return to Paris. I needed my beloved city to hold me in her embrace to nurture and revitalize me. All that flip-flopping between the two cities took its toll on me. I felt a bit disconnected because I was packing up my bags every two weeks to go to my other home. I eventually grew weary of it all and chose to take a break. To me, that meant returning to Florence to get grounded again.

If it wasnt for a friend of mine who asked me to take care of her cat for a couple of weeks last August, I might not have returned to Paris at all this year. I was eager to come to Paris last August because its my favorite time of year to visit the city. You almost feel like youre in a dream when you are in Paris in August: the sun sets late in the evening, the streets are practically empty, the métro isnt crowded, and the city is a bit quieter. You get to tap into the city without all the hustle and bustle. I enjoyed my time in Paris so much that I extended my stay by a week.

At the beginning of this month, I decided to stop in Paris on my way back to Florence after a trip to England. I had planned to only stay a week in Paris, but once again I extended my trip by an extra couple of weeks. A week just didnt feel long enough for me to truly connect to Paris. Its almost as if Paris is a good friend of mine I dont see often, but when I do, its as if no time has passed. I just wanted to connect even longer to Paris while I was here.

In both cities, I enjoy connecting to them by myself. I love walking around both to feel each citys energy, to open myself up to the sights, smells, and sounds around me, and to follow any inklings to go in one direction or another. While Im in Paris now, I enjoy navigating different parts of the city by hopping on and off the métro and meandering the streets in my free time. I love discovering new places to go to and meeting new people. Its almost as if Im looking for other ways to connect to Paris.

Even though Florence is my home and probably my great love as far as cities go, I know that a part of me has been missing Paris and has wanted nothing more than to return for a while. During this trip, I realized that Florence inspires me to listen to my heart while Paris inspires me to act on what my heart whispers to me. I needed all that time in Florence to not only listen to my heart, but also to honor it more. I needed this time in Paris to nudge me to begin acting on achieving my desires.